This short started out as a script I wrote back before I was even in animation.  I moved to LA from Michigan in 1993.  For two years I tried to make a go of it working PA jobs on low budget live action films, while writing scripts in my free time.  After I wrote this script, I thought it was a little too trite and simple to film, and so I tucked it away in my files for years.  Then, after working in animation for a while, and looking for an idea to use as a personal board sample, I thought of Amos & Slim.  Simple, linear stories are great for hanging gags on.  Plus, something trite and silly in live action could be just perfect for a cartoon where slapstick antics and visual gags are expected.  The story couldn’t have been more simple:

Amos & Slim are just a couple of old farts trying to get a cool drink on a blisteringly hot day in the desert.  The problem is, they are in wheelchairs, on the front porch of a general store, too hot to move, and too cheap to buy a drink.

So, before I start boarding it, I had to come up with a few character designs:  Amos, Slim, and the general store manager.  The rest I would wing it as I went.  Here are the first explorations I made. 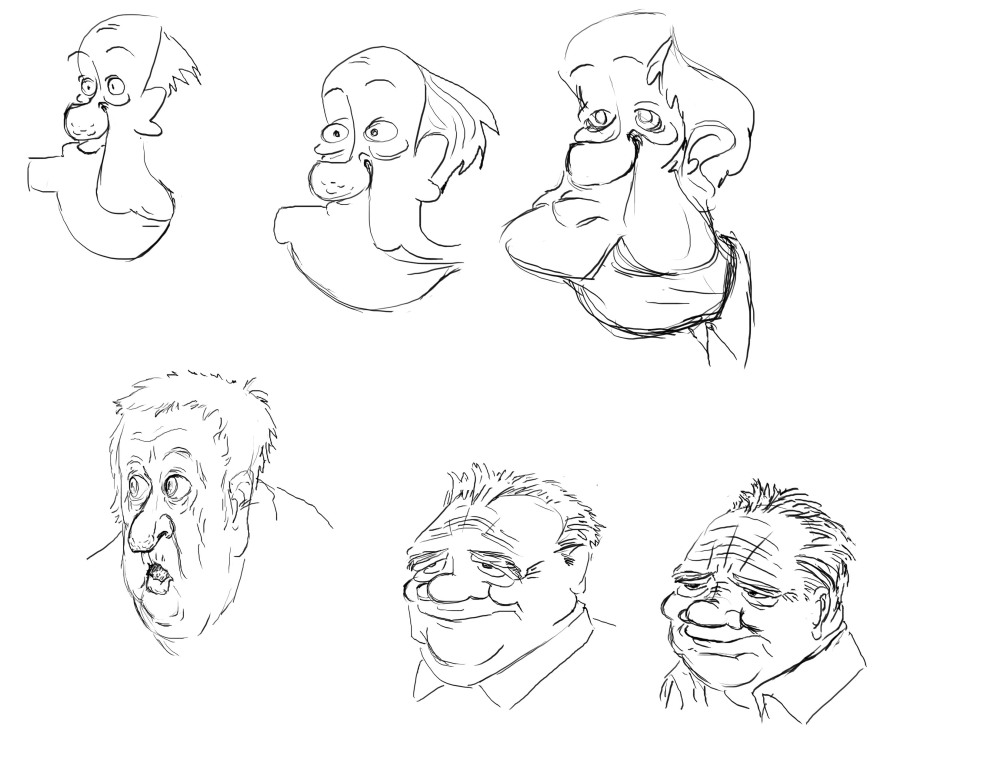 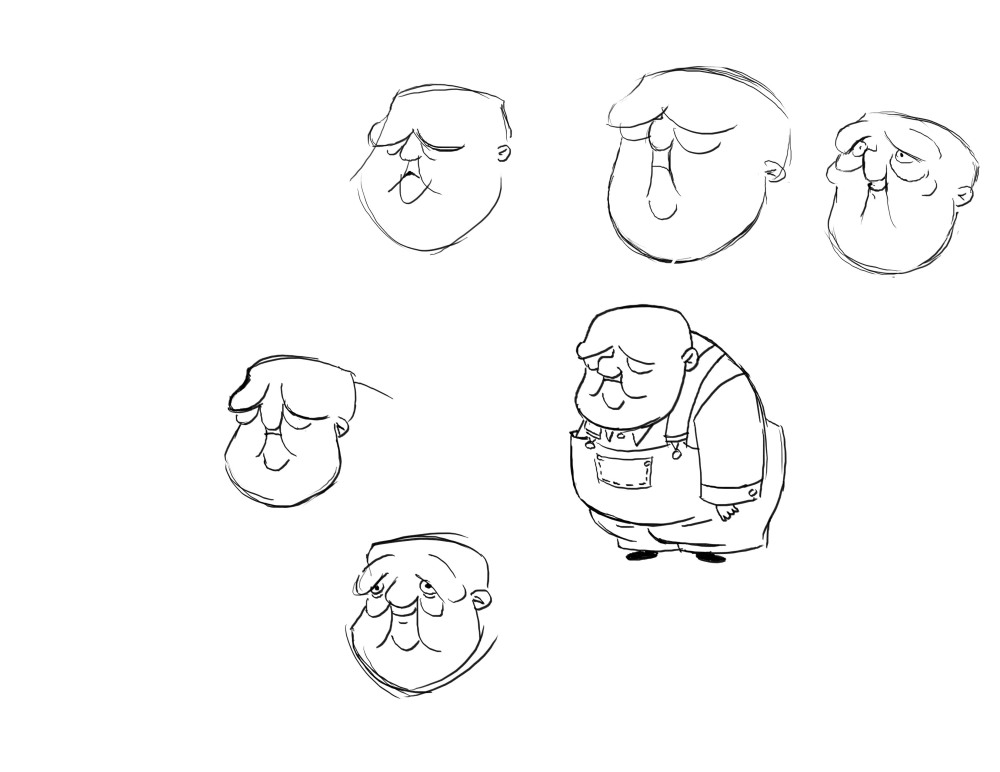 And the winners are…

You can see Slim started out pretty realistic, until I zeroed in on what I wanted, and then simplified.  Amos came together pretty much fully formed.  His inspiration was my mom’s roommate in hospice after her stroke.  This woman had these heavy, droopy eyelid/eyebrow combinations that looked perpetually sad and pretty much covered her eyes, except when something grabbed her attention and she looked up.  Her droopy lids lifted up partially, just enough for her to look out from under, revealing these vulnerable, soulful eyes.  I couldn’t resist make some quick sketches for use at some later date.

Next week, I start the storyboard.

Director by way of storyboards. Started in Michigan with a dream to direct movies, and followed it until it led me to animation where I happily found a home.
%d bloggers like this: